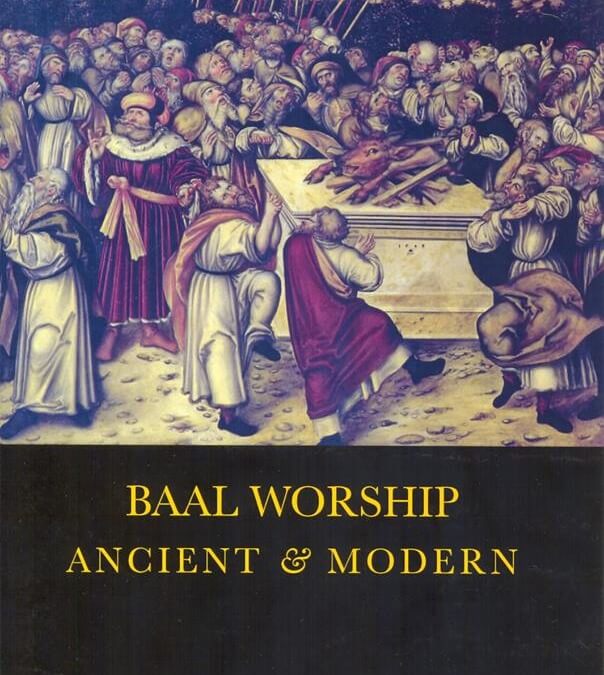 Summary: In the period following the death of King David the people of Israel became deeply entrenched in a syncretistic form of religion that fused elements of the worship of Yahweh with the ancient fertility cults of Canaan, identifying Yahweh, the God of Abraham, Isaac and Jacob, with the pagan god Baal.

This corrupt form of worship, which predated the monarchy but had again become ingrained in the religious practices of the people following Solomon’s own example of idolatry, lasted up until the exile. Reforms instituted by good kings barely touched the religion of the people, whose cultic practices operated at the syncretistic folk-religion level, not in terms of the religious practices of the temple and the priesthood established in the Mosaic law, which was frequently forgotten, at times even completely lost. In large part it was this corruption of the worship of Yahweh that precipitated the Babylonian captivity.

What lesson can twenty-first century Christians learn from this period of biblical history? Are there any similarities, at any level, between the mind-set of the ancient Hebrews of this period and the world-view of modern Western society that can help us to understand the spiritual blindness that overwhelmingly dominates modern Western Churches? This essay seeks to provide answers to these questions and thereby provide some guidance for the way out of the present spiritual and moral failure that is leading to the ruin of contemporary Western society.

Download the PDF of Baal Worship Ancient And Modern via Kuyper.org/books

See all the available books at ReconstructionistRadio.com