Not For All Music Video Press Release

Houston, TX – A freedom-minded rabble-rouser has decided to use the medium of rap music to expose the injustice inherent to the government-controlled immigration policies embraced in some form by both sides of the political aisle in American culture, and particularly championed by modern conservatives. 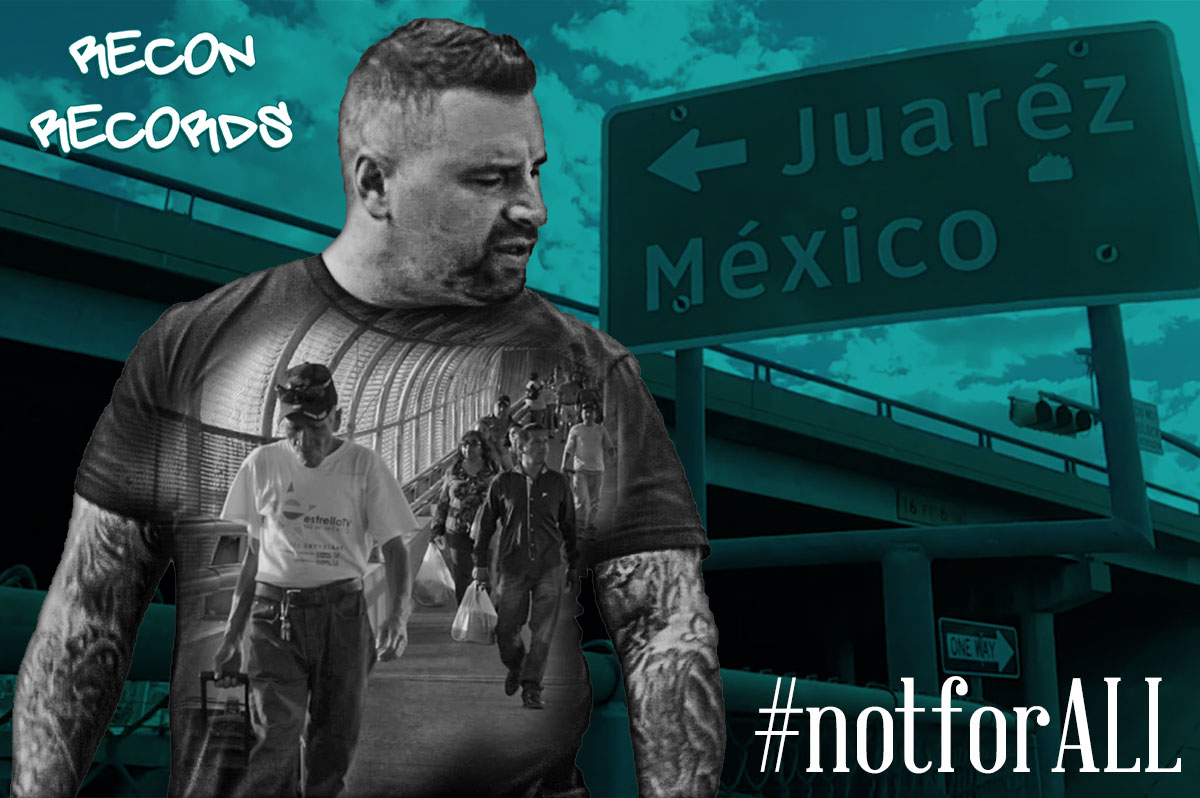 Not for All – Joe Salant, feat. John Ryan Cantu

The song title, Not For All, is an allusion to the hypocrisy of the final words of the Pledge of Allegiance which should read “with liberty and justice for those who appease the arbitrary demands of the USSA bureaucracy.”

“When the State is made the dispenser of rights, history is plain, there is true liberty and justice for none,” explains Joe Salant, the songwriter and recording artist for Not For All. “What you allow the State to do to foreigners seeking refuge, the State will eventually do to each of you. God is not mocked. Conservatives clamoring for tight government control over immigration have themselves to thank for the surveillance State. It’s no coincidence that National ID is always worked into the immigration legislation. Ultimate control is the goal, and no one is exempt. If your xenophobia can be manipulated into demanding a wall to keep brown people out, you can just as easily be imprisoned behind that same wall when the chickens of your State-worshipping policies come home to roost,” says Salant.

The song is a story about a family from Juarez, Mexico, seeking refuge from the threats of their local cartel, and demonstrates the evil outcomes of American immigration policies on the lives of human beings no different from ourselves. The hypothetical family in the song, representing thousands upon thousands of real people, are forced to resort to the “Devil’s Highway” when the “front door” is closed in their face by the bureaucratic mockery we call “law and order.” Tragedy ensues, and what could otherwise have been a story of a triumph for an oppressed family of refugees looking to build something beautiful in the land of opportunity, becomes a nightmare of murder, drug addiction and human sacrifice. The song demonstrates the true oppression represented by the very policies that modern conservatives throw their MAGA hats in the air to cheer for. “Evil laws are the outpouring of an evil civil religion, and evil can only ever be the result. The State has always demanded human sacrifice in exchange for progress and safety and it is always the most vulnerable who are placed on the altar.” said Salant. “The time for justice is now.”

The song includes a feature on the chorus by Houston-area minister and singer John Ryan Cantu and is engineered by Compton, California producer and activist, Don Dubb. The stunning video production is the work of the mega-talented Jake Alexander Bryant, an American artist currently living in Juarez, with a front row seat to many living examples of the story told in the Not For All track. “God put this team together for such a time as this to use the rejects like us who are willing to rebel against tyrants, smash the collectivism of the group thinkers, and set the captives free,” remarked Salant. “I’m super appreciative for all the hands on the plow to make this project a reality.”

The song is available as a free download on Recon Records (reconrecords.com), a division of Reconstructionist Radio. You can also get it from all the usual online distribution sites.

The Statue of Liberty is inscribed with the following words: “Give me your tired, your poor, your huddled masses yearning to breathe free, The wretched refuge of your teeming shore. Send these, the homeless, tempest tossed to me, I lift my lamp beside the golden door!” The team behind Not For All hopes to use this song as one small step toward transforming a culture that daily makes a mockery of these words. They pray and fight to see the hypocrisy displayed by the country that statue represents, reversed in all areas and at every level, so that our home can truly be known as a land of liberty and justice for all.

Reconstructionist Radio is an 501(c)3 non-profit based out of Houston, Texas. To discuss Not For All, contact their team at reconstructionistradio@gmail.com. Visit their website for additional information.